What’s the Best Startup City in the American Midwest?

The American Midwest is increasingly becoming the home of technology startups. But how do Midwestern cities stack up against each other?

To find out, we have to look at the number of startups and venture capital funding in the area. Furthermore, we will be summarizing the findings from data collected by CrunchBase.

When we talk about Midwestern states, we’re talking about the following:

What are the key measures?

To measure venture capital and startup activity in the region, the following were set as key measures:

Between January 2015 and July 2017, CrunchBase found that exactly 1,000 startups were founded in the Midwest. These were aggregated around metropolitan regions.

However, it’s important to note that some of the numbers below might be a little skewed as not all the companies in the area had founding dates that were publicly listed. This means that there might have been several more startups that didn’t make it into the study. 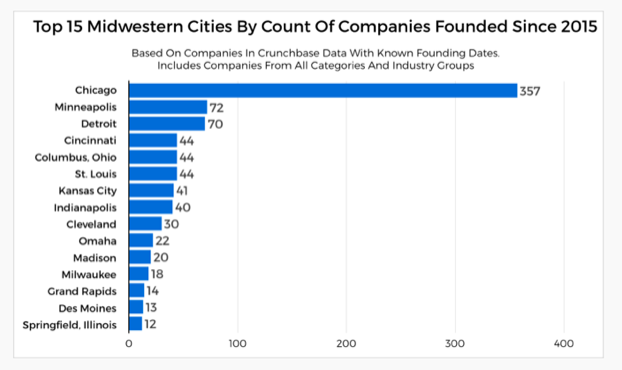 No matter what, the data above confirms that Chicago has a significant lead over its nearest competitor, Minneapolis. In fact, the windy city is home to five times as many tech startups!

Although Minneapolis has a population that is 30% higher (and financially better off) than Detroit, both cities saw roughly the same amount of companies spring up during the same period of time.

After analyzing over 2,400 venture capital deals in the Midwest over two and a half years, again, Chicago came up on top (by a significant margin). However, over this same period of time, Chicago only had a little over three times as many venture rounds as Minneapolis.

How do these metro Midwestern cities rank by funding?

Out of 2,400 deals that were analyzed, only about 1,840 of them had a monetary figure associated with them. So the actual amount of money invested will be a lot higher, but at the same time, there is enough here to assume that these findings are sound. 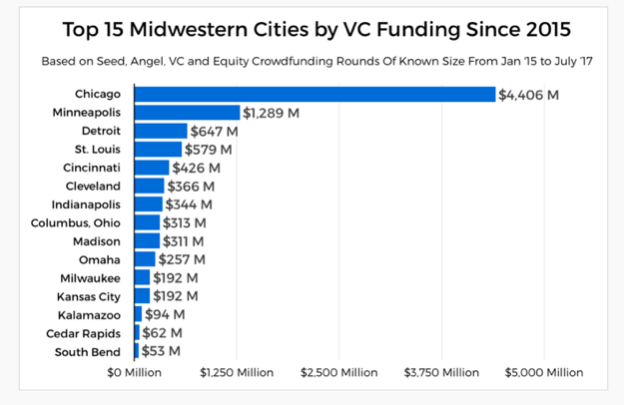 The number of venture investors in the area 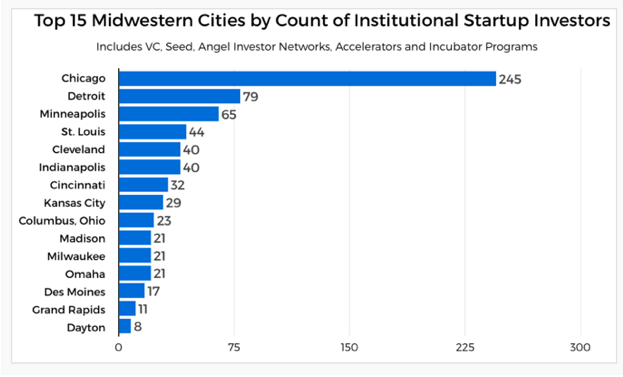 As you can see, Chi-Town has a significant lead over its neighbors when it comes to these specific variables. Furthermore, being the biggest city in the region (and a major financial center), it makes sense that the windy city is also home to the highest number of institutional investors. 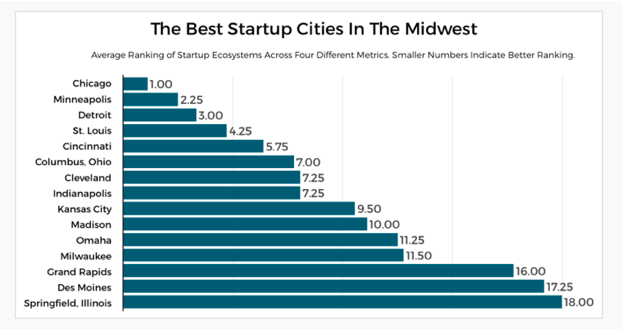 What’s more, when you bring it all together, it’s also no surprise that Chicago is by far the best startup city in the Midwest!

Are you looking to build a dedicated software dev team or get ad-hoc resources for your offshore or in-house software development project fast and with no IT, HR and admin hassle?
Get in touch to learn why you'll win from working with us!
Contact us to learn more Skill FilterGet in touch!

Andrew Zola
Andrew Zola is a freelance writer, designer, and artist working in branding and marketing for over ten years. He is a contributor to various publications with a focus on new technology and marketing.

What Makes a Superstar Data Architect

Is Ruby on Rails Still Worth Learning in 2017 and Beyond?

How to Become a Better Software Team Lead